GXN Innovation, an independent division of Danish architecture firm 3XN, has launched the Break the Grid initiative to explore the autonomy of 3D printers. Together with the Danish AM Hub platform and MAP Architects studio, specialists plan to develop physical and virtual add-ons for standard 3D printers.

The mission of the program is to present effective ways to adapt to urban, social and environmental changes. Through autonomous mobility, 3D printers must make a significant contribution to addressing the challenges of population growth and climate change that threaten buildings, infrastructure and cities around the world. Break the Grid is part of Danish AM Hub’s Moonshots initiative, in which the organization supports efforts to push the boundaries of 3D printing to address global challenges.

At the heart of the Break the Grid project are three global problem scenarios in which autonomous additive manufacturing can play a key role. The first scenario is the destruction of infrastructure, in particular, microcracks and damage to concrete structures. According to the developers, autonomous devices will be able to scan infrastructure objects and repair cracks using a porous material with biological components to prevent subsequent destruction. The second global problem is the threat to coastal settlements due to global warming. Using sticky material and sand, stand-alone 3D printers will be able to build artificial reefs underwater to protect coasts and create habitats for marine life. The third scenario is related to the loss of heat and energy due to high-rise buildings, the facades of which need repair or insulation renovation. Drones equipped with 3D printers, according to the developers, will be able to complement building facades with elements made of a mixture of glass and polymers for better thermal insulation.

READ  Samsung's amazing return. The company is about to become the leader of the largest smartphone market again 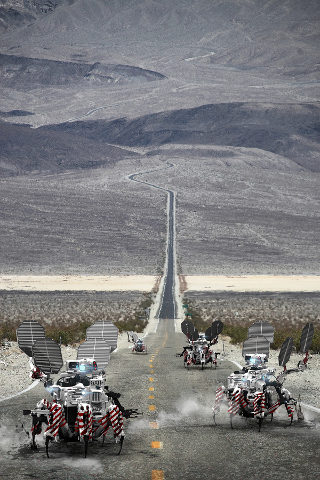 Hey, there! My name is Jack Robertson and I’m obsessed with technologies and new gadgets. I’m trying to go with the times. On this blog you’ll see news, review and everything what going on is in the world of technologies.

We use cookies to ensure that we give you the best experience on our website. If you continue to use this site we will assume that you are happy with it.